Carema Hotels’s Would You Like to Try a Menorca Wine from the Roman era?

Would You Like to Try a Menorca Wine from the Roman era? 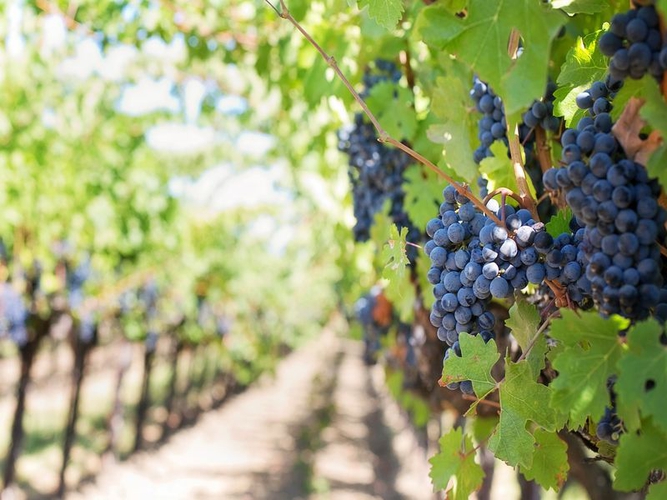 What is the first thing that comes to mind when you hear "wine"? Probably a good Rioja or a well-known Ribera. Spain's D.O. wines are renowned throughout the world. Menorca, however, also boasts a wine culture stemming back for ages. So, grab a glass, as we are going to take a look at some history.

Wine Takes Root in Menorca
Grapevines were brought to Menorca by the Romans when they took the island in 123 BC. In addition to roads, still visible on the island's landscape, the Empire left an important wine culture as part of its legacy. The first mention of wine made on the island is found in the chronicles of King Jaime I, where it is said that he received Menorcan wines as a gift from the Muslims, the occupants of Menorca at the time. It was under the English, in the 16th century, however, when Menorcan wine grew more abundant and important. Historians say that the rise of the island's wines was due to an increase in its population, and the fact that Mahon's port was an almost mandatory stopover for English ships, with provisions of food and drink including local wines. At the end of the 19th century, Menorca dedicated some 15 square km to the cultivation of vines, which flourished, thanks to the Mediterranean climate.

With the spread of the deadly phylloxera fungus, however, wine production declined dramatically, until the 1980s.
Menorcan Wineries: The Resurgence of a Wine Culture
It was in the 80s when the restaurant Ca n'Aguedet, in Es Mercadal, set its sights on reviving the old tradition of growing grapevines. The island's clayey soil responded well, and they have grown in size and quality to this very day. The wines of S'Estancia Alta, the plot where they are produced, were the first to bear the Vi de la Terra Illa de Menorca seal. This protected geographical designation distinguishes the wines by origin and certifies their quality.

A New Golden Age for Menorcan Wine
The path paved Bodegas Menorquinas took several directions in early 2000, one of them leading to the opening of Binifadet wineries, in Sant Lluís, in 2004. The Anglés family began making wines in the 80s, for personal consumption, but the dream of embracing a centuries-old tradition spurred them to open up a winery. Today it is a mandatory stop for those who enjoy a good tasting. Don't miss their best known white, Merluzo, whose label people either love or hate.

On the other side of the island, Toni Salord opened the Binitord winery, whose wines have been recognised by international competitions, receiving awards for several years.

Another important stop for wine lovers is Hort de Sant Patrici, in Ferrerías. And then there is Bodegas Torralbenc, which has been yielding wines since 2016, its white garnering the highest score possible in “Best Wines of Spain 2019”, a publication put out by the magazine Fuera de Serie, belonging to the newspaper Expansión.

A Wine of the Past
Do you want to enjoy an authentic experience and drink the first kind of wine ever made on the island? During guided tours of the archaeological site of Torralba you will have the chance to taste mulsum, a wine made with honey and spices.
Return
Share