Menorca, a window to universe 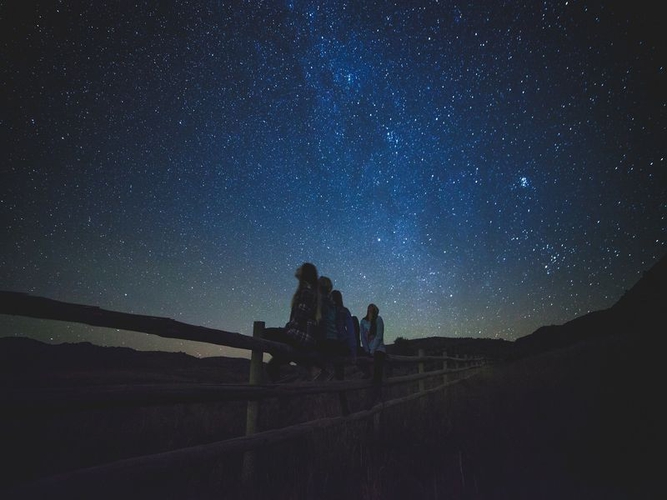 The ideal location for astronomical tourism

Imagine almost total darkness, in which you can only see the reflection of your faint shadow on the sand, and the reflections of thousands of stars shimmering on the sea. You lose track of time and space, mesmerised by a magical night on which dozens of meteors shoot across the night sky. Although still a well kept secret (for now), experts consider Menorca a top destination for astronomical observation. In fact, at the beginning of the year it was chosen as a Starlight destination and reserve. Interested in a relaxing getaway under the stars?

What is Starlight?
Being designated a Starlight destination and reserve is a special distinction granted by the Starlight Foundation, an entity created by the Astrophysics Institute of the Canary Islands to recognise optimal sites to observe the cosmos.

Starlight Reserve
A Starlight Reserve, meanwhile, is a protected natural space where governments take on a commitment embodied in an action plan to maintain the quality of the night sky.

Where you can see the stars best
If travelling to Menorca in the month of October, you're in luck. And, you are particularly fortunate if you are staying at Carema Club Resort or Carema Garden Village, located on the northern coast of the island near a favourite site for stargazers. Just 15 minutes by car is the Cavalleria Beach. Removed from nearby urban centres, this large cove of red sand is almost devoid of any light pollution. Its proximity to the Carema Club Resort and Carema Garden Village, and easy access, make it a treasure to be taken into account by lovers of Astronomical Tourism.

How to view a meteor shower
The Orionids is a meteor shower that occurs from October 2 to November 7, due to particles breaking off from Halley's Comet. These shooting stars are also known as fireballs. The best night to view this phenomenon is from the 21st to the 22nd, featuring a concentration of 20 meteors per hour, if you look towards the Orion constellation. The Moon will also be in a 45% phase, so the star's light will not hamper seeing the meteor shower.

What is the best way to view the Orionids? It all depends on one's tastes. Simply lying on the sand at Cavalleria and watching how they cross the sky, like race cars, is a truly wondrous spectacle. However, astrophotography has become an increasingly popular hobby, enjoying a stellar moment. If you go to Menorca and get a good shot of the Orionids, upload it to your Instagram account with the hashtag #orionidascarema
Return
Share