The 5 cultural visits in Menorca that you mustn't miss 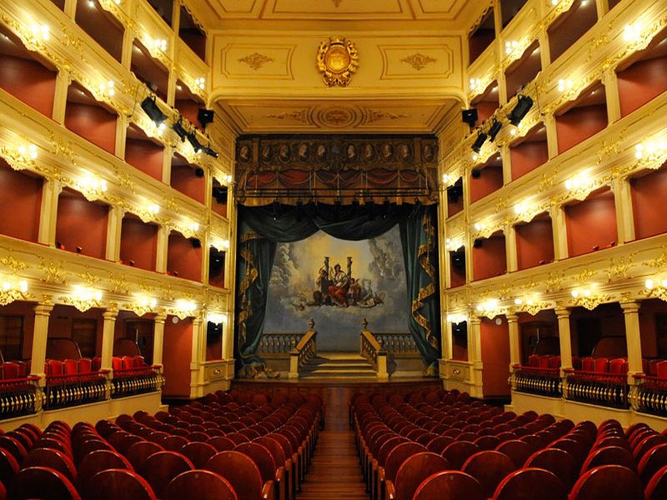 The history of Menorca has left an indelible imprint on the island for millennia. From the Talaiotic culture to the more recent rulers, which you can read about here, Menorca exudes culture and history from every stone. We propose a route that takes you to five places that will help you to understand a little better why Menorca is the way it is.

2. Casa De Olivar (Ciutadella). A 17th century manor house that demonstrates the grandeur of the landowners of the era. The artistic and historical heritage of the De Olives family is jealously guarded in one of the most emblematic enclaves of Ciutadella, in front of the cathedral. Enter and take a look around the large rooms with mural paintings, period weapons, and alcoves filled with heirlooms. Find out a bit more about the island’s history through the legacy accumulated over centuries. Don’t miss the details of the decorations that are part of the Sant Joan Festival. As the house of a noble family, the heirs continue to play a role in the festival, as the representatives of the aristocratic class.

3. Fuerte de Marlborough (Es Castell). Can you imagine taking part in combat during a war in the tunnels that the British excavated to defend the port of Mahon? This fortification, built at the beginning of the 18th century, recreates quite faithfully an era in which Menorca was a source of conflict between the French, Spanish and British. The smell of gunpowder, the light of the oil lamps, and the sound of canon fire will accompany you on a visit that isn’t suitable for people with claustrophobia.

4. Teatro Principal in Mahón. The first thing you need to know is that this is the oldest opera house in Spain. This year, 2019, it celebrates its 190th anniversary! Menorca maintains a strong operatic tradition. The love of the “bel canto” gave rise to a need to build this jewel of a building, constructed in the purest style of the Italian opera houses (the architect, Giovanni Palagi, was in fact Italian). With a regular programme of events that you can view on their website, it is worth a visit just to see the building itself.

5. The Lithica quarries (Ciutadella). The white powder and the vertical walls of these quarries hide a unique love story. 25 years ago, an architecture student from Paris decided to convert the old quarries of S’Hostal into a sculpture in the landscape, after a visit that changed her life. Today, Lithica is one of the most frequently visited places in Menorca. It also has a high quality cultural programme, which centres around the Pedra Viva festival. Every Wednesday in summer it lays on a musical, dance or theatrical event. Take the opportunity to walk along the paths of the quarries, or lose yourself in its great stone maze.

This is our list of suggestions, but Menorca has thousands of hidden corners full of history and culture to discover during your stay on the island. Leave your personal recommendations for other readers, and between them all, we can expand the catalogue of essential visits.
Return
Share